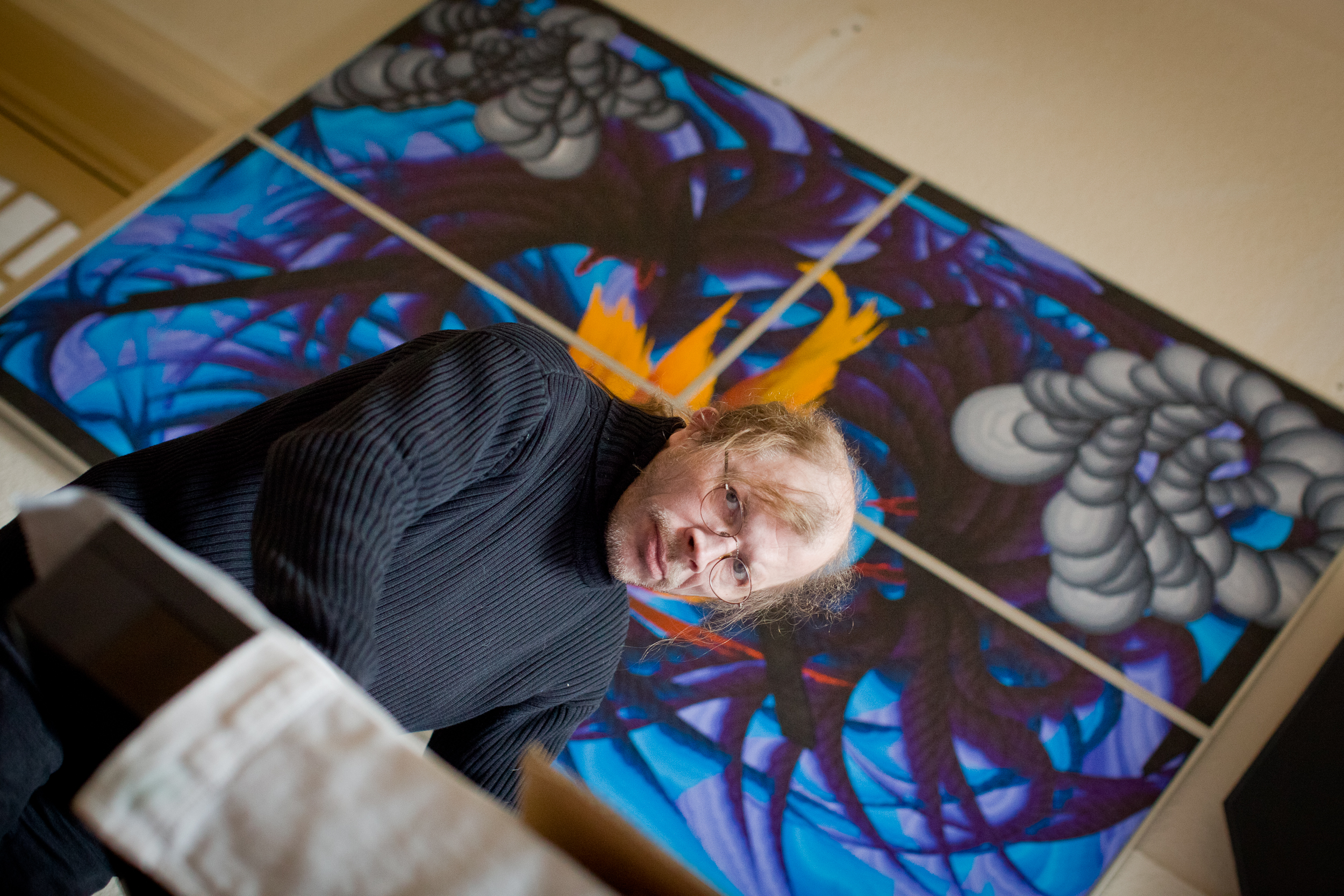 ...once a Lithuanian actor asked Axel during a shooting in the Sahara. They were silent for about an hour. Today he would no longer struggle with the answer:"I am nothing, the Matter is everything." Humbleness - this is the heart of his philosophy.
As artist, he perceives himself as an intermediary, providing his craft. He is convinced that something extraordinary can come up only, when one approaches a matter absolutely unconditionally.

Nowadays, humbleness suggests negative connotations. Many associate it with subjection, or might confuse it with humiliation. However, this is not what Axel means. He uses this word in the sense of confidence. It means to rely on one’s own intuition indicating the right way.

There is a scene in an old film about Michelangelo, which exactly defines the meaning of Humbleness. Brabante - the architect of the St. Peter's Basilica in Rome - visits Michelangelo in his studio, as a big piece of marble is delivered. Michelangelo is glad about the stone, examines it and calls:
Michelangelo: Look! Moses!
Brabante: Moses?
Michelangelo: Moses! There in the stone. Moses coming down from the Mount Sinai. Holy fury in his the eyes.
Brabante: In the imagination of Michelangelo?
Michelangelo: No, here, in person! He is still asleep. Just like all the others. God puts them in there, the sculptor takes them out of there.

Axel lives his philosophy. Theories or intellectual debates do not mean anything to him. For him the only decisive factor is, if you apply your philosophy in life.

Or to put it in Axel's refreshingly blunt words: "Don't gab, do!"

Axel uses this word to describe the part of the viewer he intends to reach through his work. He created a new word for it, as all known terms are coloured with prejudice. When one says „soul“, most  think of religion. By saying „psyche“ we construct a scientific picture of the analysis of the subconsciousness and the term „mind“ many people would associate with brainpower and literacy.

Emotio is what all human beings have in common and what is interconnecting them. It is everything what happens invisibly in our inner-self. We cannot see it, although everybody can feel its existence.

It is not important how we refer to our inner-self. „Names are sound and smoke.“ Yet, it is much more important, how we deal with it. The condition of our Emotio defines our happiness in life. Only who is internally happy, is truly happy.

For Axel, Emotio is the most important element of life. As soon as Emotio can freely flow, human beings are able to feel good.
Emotio is our strongest human potentiality. It is, hence, not without reason that one says „faith can move mountains“. We can experience everything we have always dreamed of. Our inner activities can even change our reality. Because, at the end, our reality is created by our feelings and our imagination. Whatever originates from our imagination, will someday be reality, in any form possible. In the reversal, this means that we can only create those things which are fully developed in our mind. That is  why imagination plays such an important role in life and that is also why arts, letters and culture are so essential – as far as they are not smothered by dogmas. The imagination lays the foundation stone for change and for development.

Our abilities would be unlimited, if we ceased to bind them with artificial ties. Once we watched a documentary about an isolated valley in the Swiss Alps. The filmmaker asked a very old farmer, whether he had ever left the village in which he was born. The old man nodded and answered proudly: „Oh yes, I‘ve been all over the world! I've been to Antarctica, Africa, Rome and to the States, I have been all over the place!“ Then he tapped a finger on his forehead and added: „I’ve seen everything, here, in my mind!“